Due to an increase in the number of important archery competitions taking part in the latter half of the year Bowmen of Melville have decided to postpone the scheduled Western Dragon archery event from the usual dates on the Queens Birthday long weekend to early in 2022.  The field challenge shoot will now take place on the Easter weekend of 2022 with shooting taking place on Saturday 16 April and Sunday 17 April.  Please refer to the opening date for lodging online entries below.

The Western Dragon Field Challenge is an annual archery competition hosted by the Bowmen of Melville archery club.  The event is a 48 target field tournament in which archers achieve an aggregate score of two World Archery 24 target field rounds shot over two days. Traditionally the event is shot on the Sunday and Monday of the Queens Birthday long weekend in Western Australia, which is celebrated toward the end of September.  Each year a new course is constructed in natural bushland settings in the Needling Hills, close to the small hamlet of Greenhills, situated in the Avon district close to the historic town of York.

Competitors can enter the competition in any of the archery divisions recognised by Archery Australia, and a separate team event is run concurrently.  Teams can be formed by any three competitors, however they must enter the competition as an individual, and the team must consist of an archer from each of the Compound, Recurve and Barebow / Longbow disciplines. Team placings are determined by the combined score of all three archers over both days.

2020 will be the return of the Western Dragon for the eleventh time with participation continuing to increase each year.  The aim of conducting this event is to promote participation in the field discipline of archery in a setting that is unique on each occasion and provides an element of difficulty.  Additionally, Bowmen of Melville hope to foster social interaction within the archery community in a relaxed atmosphere between the separate shooting days. Whilst proving challenging, the sense of accomplishment in completing the course over the two days of shooting far outweighs the aching muscles experienced by most competitors.  The venue provides an experience for archers seldom encountered at other field tournaments due to the ability to create a different course each year, and including variations to target placement and arrangement that require concentration on the part of the archer. 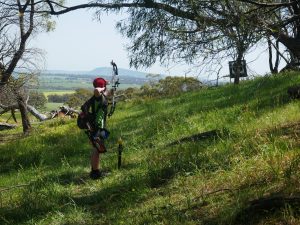 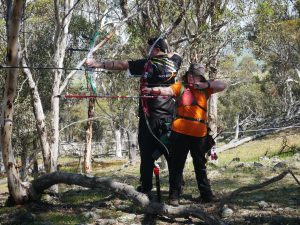